The first weekend of February it was that happy time again. For the second year in a row R2M was going to the FOSDEM conference in Brussels and this time we returned in greater numbers.

This year R2M was represented by Mia, Björn, Jaan, Jonas and Petter whom all work as software developer consultants.

The conference is free of charge with no requirement or even possibility to register in advance.

It has 35 different tracks known as “Developer rooms” and more than 800 talks.

No one knows how many people that will show up, no one knows exactly how many that are there. Estimates are between 5000 and 8000 but that is only based on how many that connect to the conference WiFi.

It is brainy, interesting, chaotic and incredibly funny – all at the same time and is one of the best places to keep up to date with Open Source technologies.

Our favourite talks and take aways

This was my first time at FOSDEM and I believe I was reasonably prepared, as I had heard stories from the R2M representatives of last year, but you’re never properly prepared even if you’re forewarned. It’s just never as you imagined it.

There are people everywhere, most of them males (of which some appear to look at you with great suspicion, which might be just self-consciousness). Someone told me that FOSDEM attracts more women than most other conferences, but I couldn’t honestly confirm that since I saw just a handful of us. Perhaps I selected tracks in a different way, or don’t notice women as much.

I can’t say for sure which was my favourite talk, but my favourite room was definitely H.1302 (Depage), hosting both the Free Java and the JavaScript devrooms. However, I never visited it due to hordes of others more willing to sacrifice life and limb to get in (yes, I am exaggerating… a little). Since those sessions can be viewed online afterwards, this was not a great loss.

Instead I spent most of my Saturday in the main auditorium, Janson (huge, with some challenging acoustics), which hosted the History and Internet tracks.

I was recommended James Shubin and thus my first session was James’ Over Twenty Years of Automation talk. Unfortunately there were sound issues and we didn’t get to hear much about James’ ideas for the future with a new config management tool, mgmt, which seemed worth a closer look – especially if you’re into cool automation. As luck would have it, though, he also did a talk specifically on this tool, so I urge you to check out Mgmt Config: Autonomous Datacentres. The tool seems really neat and I think you’ll like it.

Two history related talks that I enjoyed a lot were The Hidden Early History of Unix and Generation gaps – both provided a background to where we are today. I’m not usually much of a history geek, but these talks gave me a whole new perspective on today’s computing environments. Nothing is really new.

As a fellow Swede, of course I wanted to attend HTTP/3 for everyone, by Daniel Stenberg (who is also the creator of curl, “command line tool and library for transferring data with URLs”, which is used practically everywhere). Not only is Daniel an experienced and entertaining speaker, the technology itself (i.e. QUIC) is very interesting and he explains it well. He could have used more time and had to rush things a bit, and I would probably recommend some of his longer recorded talks on the same subject, but it felt good to be there and support him in person. I was not alone; the auditorium was jam-packed.

On Sunday I spent most time on the Freedom track, once again in Janson. The day started with another attempt to visit H.1302, but you know… them hordes.

My favourite talk of the day was Open Source Won, but Software Freedom Hasn’t Yet, which was a replacement talk since the one originally scheduled was cancelled. No worries. This talk was inspiring and I very much appreciated the shout-out to The Good Place (tv show/series) as an inspiration re: morality and ethics, and the comparison of customer service representatives to the Janet personality of the show. We were also told there is no need to be ashamed of being at less than 100% in using only free software. Whew! But do strive for it.

The weekend was intense, and I sorely needed my planned Monday off.

I focused on java tracks, with my favorite being Stefan Johanssons talk G1: To infinity and beyond. A short history of the G1 garbage collector from it’s inception in java8, to pointing out what advancements have been made and where it is headed in the future.

I would have loved to attend Daniel Stenbergs talk HTTP/3 for everyone: The next generation HTTP is coming track, but I got to the conference hall too late so they had closed the entrance. This is what happens a lot in FOSDEM, first come, first served. So, make sure you know where you want to be, and be there in time, especially if you expect a talk to be popular. ?

Last, but not least, I enjoyed spending my free time with some of my favorite colleagues in Brussels, eating nice food and drinking top class beers. Being a totally free conference, where you spend your weekend socializing and enjoying your free time with other nerds, I can only recommend it!

The smartphone is now the computer everyone uses and most of us are in either in the Apple- or Android-camp.
Wouldn’t it be nice to have options that are based on open source and without all the bloat some of the vendors install on your smartphone?
I went to a talk Regaining control of your smartphone with postmarketOS and Maemo Leste where several projects on that matter are discussed.

Now and then I end up in an environment where I wish I could setup a small intranet just for the team i’m working with, so the talk From 0 to Intranet in 20 minutes with XWiki sounded interesting.

To quote Geertjan Wielenga
For the first time in history, we have people identifying by framework instead of language
People identifying themselves with a framework is a tragedy
If you ask yourself whether to use React, Angular, Vue, (or another framework of the month) on your next project check this first: 2nd Generation JavaScript Frameworks & Libraries: Beyond Angular, React and Vue!

I started Saturday by going to two talks in the Containers Devroom, my favourite talk there was Lazy distribution of container images by Akihiro Suda. Daniel Stenbergs talk in the main Internet track about HTTP/3 for everyone was also very interesting. During Sunday I started by spending some time in the Monitoring and Observability Devroom and saw several good talks like Jaegertracing in Ceph by Deepika Upadhyay and a war story about strawberries, yes strawberries, called Monitoring strawberries by Jean-Marc Davril.

This was only scratching the surface though. I visited a lot more really interesting talks and got to speak with a lot of people in the tech community.

This was my third FOSDEM by the way. I will return yet again!

FOSDEM has a lovely discords of chaos reaching every nook and cranny of the ‘Université libre de Bruxelles’. The campus is filled with literally thousands of hackers from around the world, exchanging ideas or finding inspiration, or just talking to others in the field.

FOSDEM has it all, multiple rooms with talks spanning from very hardware specific ones, to software politics. And almost any programming language and software technology is present. It might be hard to get into popular rooms, mostly for recent or upcoming things which may have peeked peoples interest but not foreseen, like “using `Rust` to enhance `Python` programs”, “Writing an extended version of the popular Redis Database to handle JSON documents” or just meeting people that work with a specific technology “Camel BoF” (See the picture).

There was also certainly some interesting lectures such as Daniel Stenberg’s talk about HTTP/3 – an very alpha view of what it is and how we got there. The room was so full, that some people were not even allowed to be let into the lecture hall. Which in itself was giant!

Other than the conference itself, I can say that the stay in Brussel was nice, and I can highly recommend people to take a visit to the ‘capital of EU’, although make sure you get to the restaurants well in time before you get hungry. They don’t rush.

FOSDEM was a great conference with many interesting topics. What we appreciated the most was that almost all sessions were on a fairly advanced level. That being said, the most interesting learnings did not happen at the sessions but during conversations with other conference participants while queuing to the different Developer rooms.

We are sure to return. FOSDEM has not seen the last of R2M! 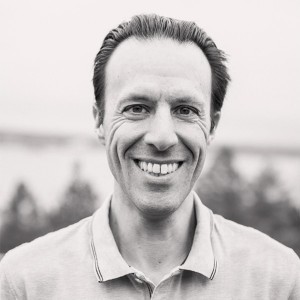